All Collections
Climate change and FutureproofedCities
Difference between scopes 1, 2 and 3

Difference between scopes 1, 2 and 3

Dividing emissions into three scopes pursuant to the GHG Protocol

Written by Julie Colback
Updated over a week ago

The GreenHouse Gas Protocol, the most commonly used international standard to quantify greenhouse gas emissions, classifies the emissions of a company, city or country into three “scopes”. Now what do they mean by this?

Scope 1 includes all emissions that are the direct consequence of activities in the city or municipality.

Scope 2 consists of the indirect emissions for the energy (electricity or other) that is purchased by, for example, households or companies in the city or municipality. The emissions then occur when such energy is generated.

Scope 3 consists of all other emissions pursuant to the activities of companies, inhabitants, municipal services, etc. that take place outside city territory but at the service of the city’s inhabitants, companies, industries, etc. Such emissions are more difficult to quantify than the emissions of Scopes 1 & 2, which is why they are not always included in the reports.

You can divide your measures into in scopes 1&2 or scope 3 in FutureproofedCities. Scope 3 measures are measures related to food, waste and consumption, for example. 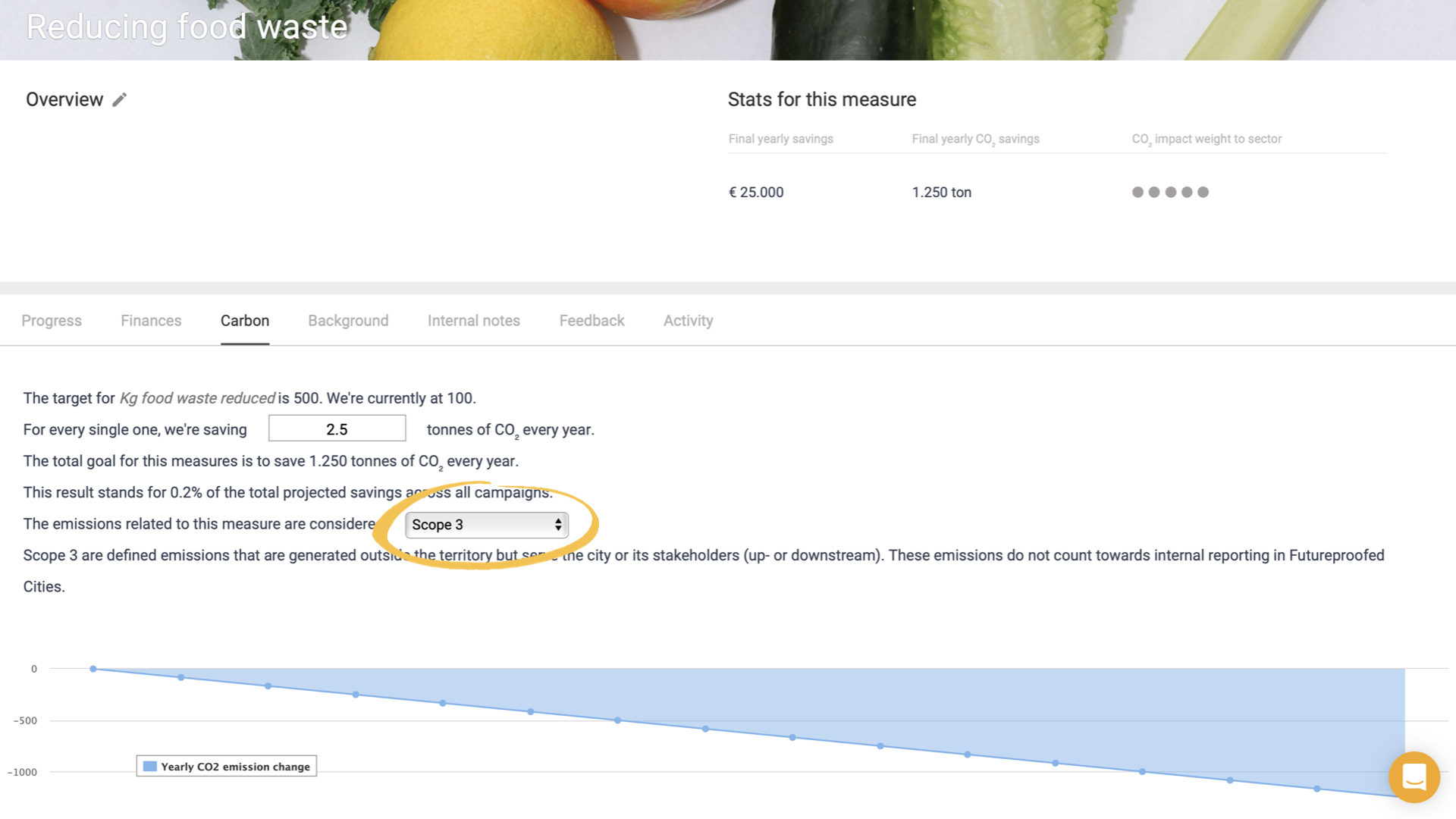 Important: Reporting for the Covenant of Mayors contains only scopes 1&2! The Dashboard therefore only shows you the emissions and reduction within these scopes.

Please note: You can also filter the graphs according to scope under “Analysis”.

Did this answer your question?